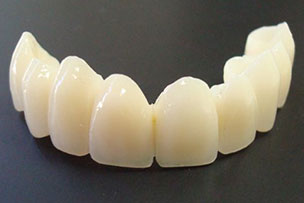 These are two articles in the press about different aspects of the dental crisis in the UK. Both are shocking but the easy solution is to join us at Bollywoodsmilz to solve both of these issues.

The Telegraph understands that there has been an increased number of military personnel asking about teeth whitening as a treatment option “because it is becoming more mainstream”.

A defence insider added that “some personnel have also enquired as to whether potential treatment would be covered under Defence Primary Healthcare (DPHC)”.

“Dental bleaching is regulated by UK law and it is illegal for dentists to use bleaching agents containing stronger than six percent hydrogen peroxide.”

As part of the DPHC troops will only be treated where tooth discolouration has been caused by trauma infection or developmental defects.

It will not be done when there is no clinical need or when the staining has been caused by poor levels of oral hygiene or smoking.

The Defence source added Major Harper’s piece was “also about educating them that should they wish to pursue this outside of the military, they do so with a registered dentist rather than products from the internet”.

They added that it “was to address the rise in interest amongst personnel which is a reflection of the growing trend more widely”.

A recent survey showed almost a quarter of a million online inquiries for teeth whitening are made every year from people in London.

The poll for expressdentist.com said people from Birmingham are the second most likely to get their teeth whitened, making 34,000 inquiries to do so a year.

The NHS is facing a “twin crisis” of affordability and access, a watchdog has said.

Here are some of the issues highlighted to Healthwatch England and shared with the PA news agency.

– People are waiting for “years” to get NHS dental care

“We have in excess of 8,000 patients and only two dentists, the waiting list for NHS dentist is years and we have so many enquiries every day and unable to help.

“The emergency dental helpline do not offer patients without a dentist the care they need – it really needs to be looked at.”

One patient told Healthwatch Suffolk: “I have been trying to get a dentist for three years, last week I ended up in hospital for three days because I had severe pain and could not find a dentist for emergencies or otherwise to fix my teeth.

“I ended up taking too many paracetamol and had to go to A&E on the advice of NHS111.

“I ended up on a drip for 36 hours and have finally come home.

“I still do not have a dentist and I am still in pain.”