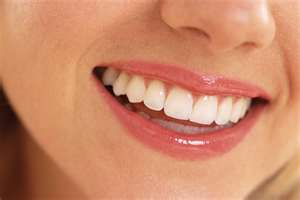 Why I was so furious?

Why am I so furious about teeth? They are deeply socially divisive !!

The gap between those who can or can’t afford a dentist is widening. There is a three-year wait for NHS appointments – while the market for whitening and tweakments booms.

One thing that must surely unite everyone who believes in a creator figure of any variety is an acceptance that she/he/they/it messed up big time when it comes to human teeth, an abysmal piece of design by any standard.

Teeth make me furious. First, we get a set that are mysteriously unfit for purpose – unless their purpose is to look nightmarish on X-rays, and cause youthful heartbreak when the last-minute panicky parental scramble for the Tooth Fairy’s pound coins fails, in which case, great job. Once these have been grossly ejected and left in a drawer (or worse, creepily stored in a keepsake, shaped like an infant’s head.– yes, this exists) we get new, worse ones. Wisdom teeth no longer fit in most jaws, requiring expensive, painful removal: a dentist who extracted one of mine said it was equivalent to having your little toe amputated. Poorly adapted to our diet (our food is too soft apparently), the rest remain a source of anxiety, shame and expense until they all fall out and have to be replaced with pretend ones, or you die.

But what makes me angriest about teeth is how deeply socially divisive they are. Our idiotic enamel lumps are created more or less equal, but after that, dental outcomes depend almost entirely on income. Dentistry is expensive, and NHS dentists as rare as, well, hens’ teeth (I joined an NHS waiting list in 2018; three years on, they occasionally email to tell me nothing has changed).

This already-broken system was dealt a death blow by the pandemic: a just-published report from the watchdog Health watch reveals patients have been told to wait until 2024 for NHS appointments, with waiting lists running to thousands. Many in need of care were offered swifter private treatment, which providers appeared to be prioritising: this despite an earlier Health watch report in December revealing 42% of respondents in England struggle to pay for treatment or cannot afford it at all.

To my son’s generation, a Hollywood mouth feels as essential as underwear

I’m grinding mine to stumps as I think, too, about how we don’t just need functioning teeth: we feel we need white, straight ones. Orthodontics and oral “tweakments” are soaring, apparently compounded by watching our mouths, appalled, on Zoom: the value of the global cosmetic dentistry market is expected to rise to £25.16 Billion by 2026. My son recently insisted on getting invisible retainers, a cult-like business, with glossy brochures, branded merch, hi-tech accessories, and a payment plan to soften the (very punchy) financial blow. It’s a serious, expensive commitment involving multiple appointments, days of pain, and the inability to snack without military planning.

His teeth look fine to me, but of course, I’d think that, with my untended 1980s incisors collapsing against one another like subsiding tombstones. Teeth like mine are precisely what he is desperate to avoid. To his generation, a Hollywood mouth feels as essential as underwear. But the more widespread straightening and whitening becomes, the less acceptable it is, the more shameful it feels, to have bad teeth. Even I went private eventually, to get a recurrent brown stain on one of my front teeth removed (I told you, teeth are ridiculous). I was feeling self-conscious and could afford it; so many can’t.

Nothing felt quite as frighteningly suggestive of the imminent total breakdown of society to me during the first Covid lockdown as people forced to resort to DIY dentistry: buying Amazon filling kits and extracting their own teeth while watching YouTube tutorials. But actually, plenty of people in the affluent UK were unable to access and afford treatment pre-pandemic, living with pain, fear and shame: we were already in that dystopia. On top of that, as gappy, wonky, grey and yellow pre-orthodontics mouths become less common, your smile will increasingly operate as an instant socioeconomic indicator.

That feels incredibly pernicious to me. Perhaps it’s time to introduce mandatory visits to the Bollywood Smilz Clinic? Every patient will be provided with an identical set of means-tested, sustainably sourced, George Washington-style wooden falsies. I mean, they couldn’t be worse than the real things could they? Joking apart, Bollywoodsmilz will fix your mouth for a fraction of the costs in the UK and is only 10 hours away with a free holiday in Pondicherry.